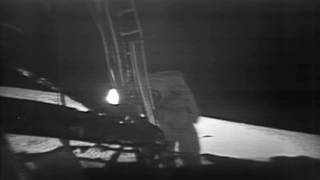 50TH ANNIVERSARY OF THE MOON LANDING

Last month on July 20th 2019 marked the 50th anniversary of the first manned moon landing. NASA collaborated with organisations such as the Marshall Space Flight Center and the Smithsonian Air and Space Museum to host a range of celebratory events, including a World Record attempt for launching model rockets, a technology exhibition, restoration of the Apollo Mission Control Center, and a reunion of the two surviving Apollo 11 astronauts, Edwin 'Buzz' Aldrin and Michael Colli

Antibiotic Resistance: a problem for both the individual and the community

During July's GC Skeptics in the Pub, Dr Mina Bakhit spoke about his PhD and post-doctoral work in antibiotic resistance. While the discovery of antibiotics has been one of the great successes in modern medicine, we are now know that too many antibiotics is really "too much of a good thing"! Over use of antibiotics (that is, using them when they won't really make a difference, such as with viral infections) can quickly result the bacteria in your body becoming resistant to an
No tags yet.

Any views or opinions represented in this blog are personal and belong solely to the blog author as a representative of the Gold Cost Skeptics. They do not represent those of other people, institutions or organizations that the author may or may not be associated with in professional or personal capacity, unless explicitly stated.